Dr. Fay Tang's family has a long tradition of reaching out and generously sharing with the less fortunate. For example, her family built a library and donated it to their hometown in southern China, including a reserve fund for continuing operation. The fundamental aim of the TANG Award for Achievements in Psychology is to carry on the family tradition of helping others to achieve wellbeing. 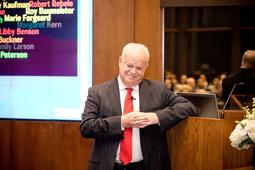 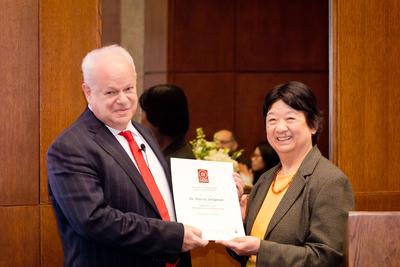 The inaugural Tang Prize was awarded on November 12th 2014 with the generous support of the Psychology Department of University of Toronto. Dr. Martin Seligman received the Tang Prize for achievements in psychology and its applications to psychological well-being of humanity. Dr. Seligman is a professor of psychology department, Pennsylvania University, in Philadelphia, and is well known for his role in forming the field of Positive Psychology. Dr Seligman gave a talk entitled Positive Psychology: The Cutting Edge after the award. 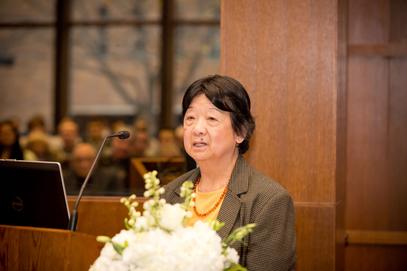 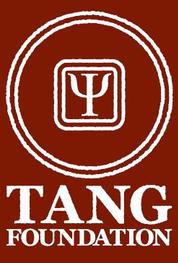 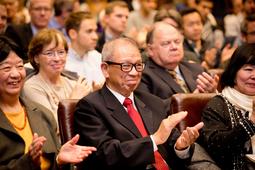 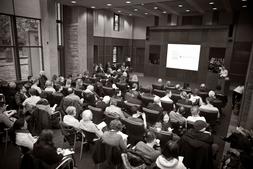 THE TANG PRIZE FOR ACHIEVEMENT IN PSYCHOLOGY

​     The objective of the Tang prize Award for Achievement in Psychology is to honour a living internationally-recognized scholar with a Ph.D. in psychology who has made an exceptional contribution to psychological health anywhere in the world. The Award is not extended for one or two works per se, but for a substantial record of achievement over an entire career. The prize will be bestowed with a frequency announced by The TANG Foundation. The final decision will be made by a panel of judges in consultation with the Board of Directors of the Tang Foundation.

The Tang Foundation is now receiving applications for the 2017 second Tang Prize for achievements in Psychology. Applications are to be submitted electronically to tangprize@tangfoundation.ca. The deadline for the reception of nominations is September 30th, 2017. Incomplete applications will not be considered. The Tang Foundation will receive applications from internationally-recognized scholars with a Ph.D. in psychology who have shown creativity and rigor in their approach and whose record of achievement has left an important mark on the field. The recipient of the Tang Prize for Achievements in Psychology will be awarded a cash prize of $100,000.00 CAD at a ceremony to be held at Arts and Letters Club of Toronto, 14 Elm street, in downtown Toronto, on November 12th 2017. The recipient will be asked to hold a public lecture after the award ceremony.

Applicants should outline the ways in which they have major impact on the progress of Psychology, anywhere in the world, particularly in its applications to the psychological well-being of humanity. This outline should be no more than two pages. This application letter should also indicate how the applicant has contributed to the science, the practice, or application of Psychology as it pertains to the understanding, promotion, restoration, or application of psychological methods, research, and techniques in addressing challenges related to well-being. A current CV should also be added to the application letter.